It made me wonder how you choose to become a certain type of person and where your identity comes from? What are the sources of influences and how to use the identity to drive behavior?

Stimulus drives us more than intention during childhood. It’s a hard and slow journey but with anything requiring change, the goal is never to give up!

So if you want to choose your identity?

Then keep reading below to see behaviors and identity work together.

The more you repeat a behavior, the more you reinforce the identity associated with that behavior. In fact, the word identity was originally derived from the Latin words essentitas, which means being, and, identidem, which means repeatedly. Your identity is literally your “repeated beingness.” - James Clear

This type of behavior relies on focusing on a specific end goal. It might be losing 15 pounds in 2 months. Another example could be to post 10 blog posts or can even be writing a book. While these are good steps the problem comes once you complete these goals. What happens next? The majority of the people tend to revert to old ways as these changes are only on the surface. This is why most people who lose weight after reaching a certain goal tend to gain it all back by falling back onto their own habits. Outcomes are a layer in defining our behaviors.

This type of behavior can be independent or dependent on outcome-based behaviors. Following certain smaller tasks to achieve the larger target. Want to go to the gym more often? Make it a process to track each day you go to the gym, whether for 4 days a week or 5 days a week. Want to write more? Publish 2-3 blogs pots, tweet threads each week. This is a step up but is still missing the essential piece which causes long-term behavior change.

Habits shape our identity. Nothing is just installed in our total experience except the DNA we get. Everything else is a learned behavior through the experience of life. It’s the small things each day that makes up the system.

The repetition leads to reinforcement which leads to results and building a reputation.

Wow, that was a lot of Rs. Now that I have your attention again. Let’s go on.

Repetition in another sense is just evidence for yourself about a belief. The action you take whether consciously or unconsciously becomes your default mode network.

I used to hate reading and writing. High school English courses were such a pain and I would automatically become annoyed by thinking about going to those classes. After some years, I toyed with the idea of starting a newsletter and that meant writing often. My first thought was “Who do you think you are ? You’re not a writer!” this was my automatic response, even without giving it a go. It was only after writing a piece each week, no matter how bad it might have seemed, to aid in growing my identity as a writer.

The same process changed my reading habits. I started by taking small actions, listening to books on Audible for 10-15 minutes each day, and over time it helped build in the reps to shape my identity as an avid reader.

I’m not saying your habits are the only thing that makes up your identity but they are a majority of your actions. It might seem that there is no way doing something once is going to make a difference. Doing the same thing but now with consistency and persistence ends up making a big difference.

Some habits you will find out aren’t for you and some you will realize you’ve been missing out on for so long. For me, it was listening to Atomic Habits by James Clear which expanded my awareness.

Making big changes takes small actions that might seem insignificant but are the fuel to all it.

It’s not all sunshine and rainbows though because the bad habits get fueled by the same choices. There is no perfect identity but rather just having a majority for the good habits over the bad ones.

The next step is to reflect and figure out what habits need a little tweaking to support you in becoming the identity you want to choose.

Thank you for reading. I love any feedback and look forward to connecting with you.

Enter your email
Subscribe
This is my public page to share my goals and update progress on them each month. While I know achieving 100% is going to be very hard and I might often miss some goals but I want to keep myself accountable by putting them out there. Accountabilyt is something missing 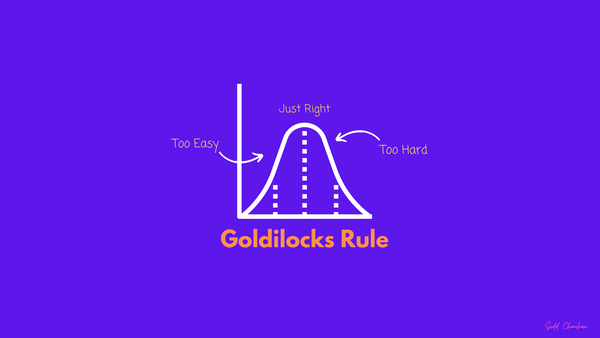 You might think it’s not unique saying “Overnight success is not real” but the amount of conditioning done by mainstream media always leaves cracks in that belief. These cracks become the basis of “What if… there is a path through?” Elon Musk studied for years learning about battery technologies 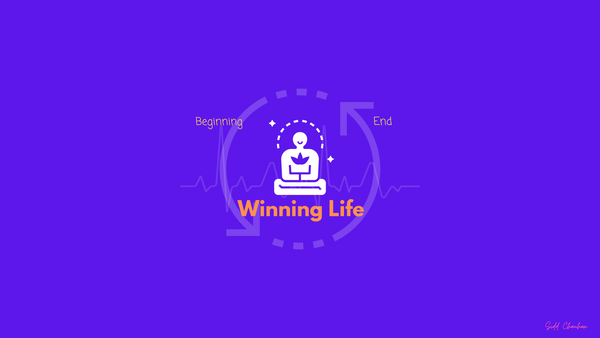 Hey Friends, Pobody’s Nerfect. Even though perfectionism might be constantly fed to our brains otherwise via mainstream media. There isn’t a single answer to winning at life otherwise we’d all be following the same set of instructions. It’s the peaks and valleys of the journey of